Press enter to begin your search

Tributes from those who love Joseph

Click through the tabs to learn about Joseph’s impact on those he was closest to.
If you’d like to add your story to this collection or create your own tribute, please visit this page to learn how.

Joseph John Brexa, 96, of Boulder, Colorado, and Laguna Woods, California, passed away on February 15, 2016. Joe was born in Turany, Czechoslovia, on September 1, 1919. He immigrated to the United States as a boy of ten and lived in Whiting, Indiana, through his high school years. He enlisted to fight in World War II and served in the South Pacific in the U.S. Navy with the Construction Battalion (SeaBees).
Following his honorable discharge, he graduated on a GI Bill from the University of Indiana with a B.S. in Engineering. He worked as a Mechanical Engineer for Pesco Products in Bedford, Ohio, designing parts for rockets. In May 15, 1954, he married Mary Therese Roszkoski of Kent, Ohio. Joe and Mary celebrated their 50th anniversary in 2004, the year before Mary’s death.
Joe was an avid sportsman – from bowling to golf, tennis to ping pong, fishing to boating, skating to skiing. In the 1970’s, he was a National Ski Patrolman at Keystone Resort in the Colorado Rocky Mountains. In his later years he became an organic gardener in Boulder and a consummate woodworker, at 95 creating mosaic-pieced cutting boards and wooden trays in the woodshop of his retirement community in Laguna Woods.
Joe is survived by his three daughters Mary Jo Brexa, Ann Brexa, and Jeanne Brexa as well as five grandchildren Alexandre Brexa Hooson, Lara Livia Hooson, Madison Brexa Rothfuss, Benjamin Sage Rothfuss and Jack Westerman Hooson. A celebration of Joe’s life was held in California and, as one of the last of the Greatest Generation who served in WWII, a Colorado memorial service with  Military Honors was held on Memorial Day Weekend, 2016, in Boulder.

I seek to transform loss through the Spiritual Alchemy of creating digital stories to express my love. In the story loam, photos, music, and poetry are juxtaposed in loving remembrance of my father.

It’s a cold Ohio January winter night and I’m nine that time when you take me with you to Boston Mills. We drive through the dark night, the windshield wipers going switch critch against the ice and you roll down the window with the handle and while you’re steering, reach out with your ungloved hand and swipe at the freezing. In the old seat next to you, the heater is blowing hot air on my face. I have my plaid book bag and when we get to the parking area, all the lights have auras. You hide the fruit pies and the orange soda in the snow under the back wheel of the VW for after and I take my book bag on my shoulder and my skis cradled in my arms and we walk across the icy lot. I put mine between the pegs near the Chalet and you put yours on, stepping into the bindings. I go sit by the fire pit, do my math. Then I’m done; I go outside into the night and put the cables around the back of my boots and pole on over to Buttermilk. The T bar is so heavy and it pulls me off my feet. I go crashing and the guy running the lift stops the whole machine and helps me up and get ready. I look over my right shoulder. I’m cold. He says, “It’s coming, now, honey” and I hop up and hold on tight all the way up the iced tracks. At the top, I slip off and the T bar goes thwang as it releases into the dark. I can’t find you You’re patrolling. I ski down. At the bottom, I turn around, and go over to Tiger. I have to tinkle bad but I ride up the Chairlift anyway. The stars are so light and I’m holding it back and at the top when the Chairlift lefts me off, I fall down and I can’t get back up and I can’t hold it back. I just can’t. The night is so bright, I can’t see. The wet is freezing when you find me, you hold me tight and I wipe my face on the nylon of your red Ski Patrol jacket. You say, “Princess, it’s OK. Let’s go down.” And then you ski me home.

Our rock, our el presidente Joe, he suffered enough for a few lifetimes over. He survived the loss of his mother, his teenage immigration from Czechoslovakia, the integration into an American life with flushing toilets and sprinklers in the yard (a vast difference from the barren poverty he hailed from). He moved through a painful language barrier and he lived with his persistent self-doubt. He did this by acting on his drive for more stimulation, more financial security, and a discerning curiosity that spun him down mechanical rabbit holes. . .

Joe's life was ripe with adventure, from being on ski-patrol at Breckenridge mountain in Colorado, to cross-country golf competitions with my grandmother, Mary, to midnight fishing trips with my mother, Ann, and too many flowering gardens and mechanical inventions to count. I pay homage to his actions by filling my own life with outdoor excursions and nature treks, and letting my own active mind become rampant with too many ideas to choose from and so many questions and curiosities about unfamiliar cultures and lifestyles.

I never got to see Joe at five years old, but I did get to see him closely at 95, at the end of a cycle of successes, decisions, births, deaths, hole-in-ones, proposals, marriages, break-ups, insecurities, surgeries, wins, travels, self-inflictions, and bold transitions. I saw him through my eyes. I winced when he was in pain and spoke truths of his incredible, persistent spirit as often as I could with the hope that he would believe it himself.

Grandpa Joe showed me what it looked like to gracefully die and I want to meet him in the next ether with the courage to show him how to compassionately love oneself. To greet myself with as much loving spirit as I greet those around me, today and every tomorrow.

Read more about my grandfather here 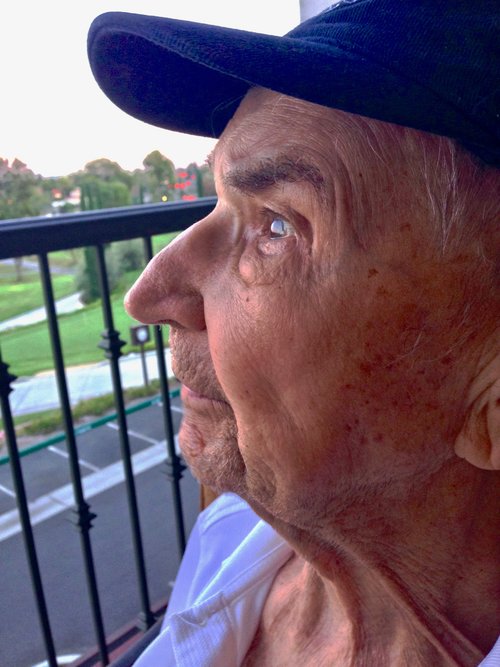 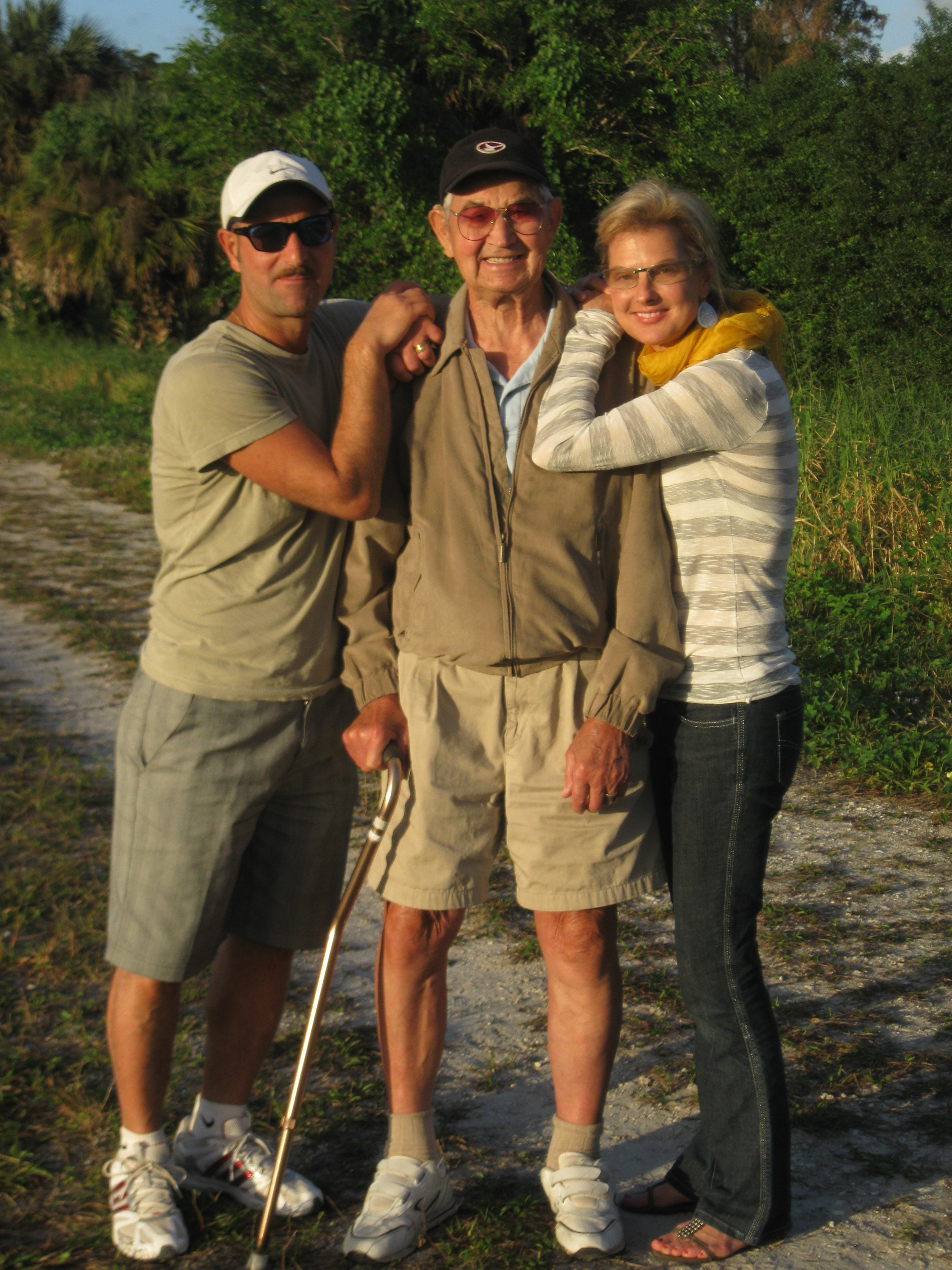 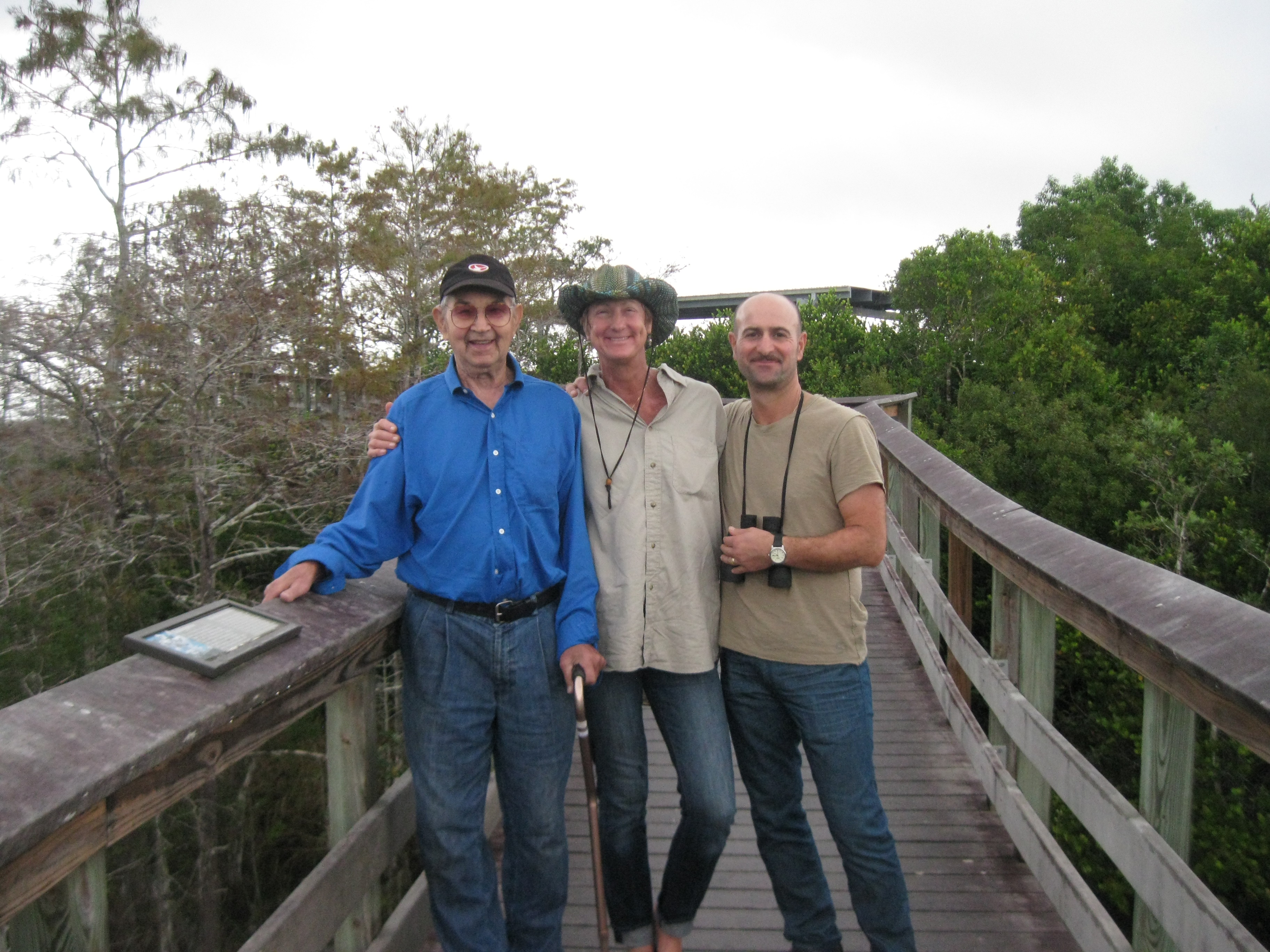 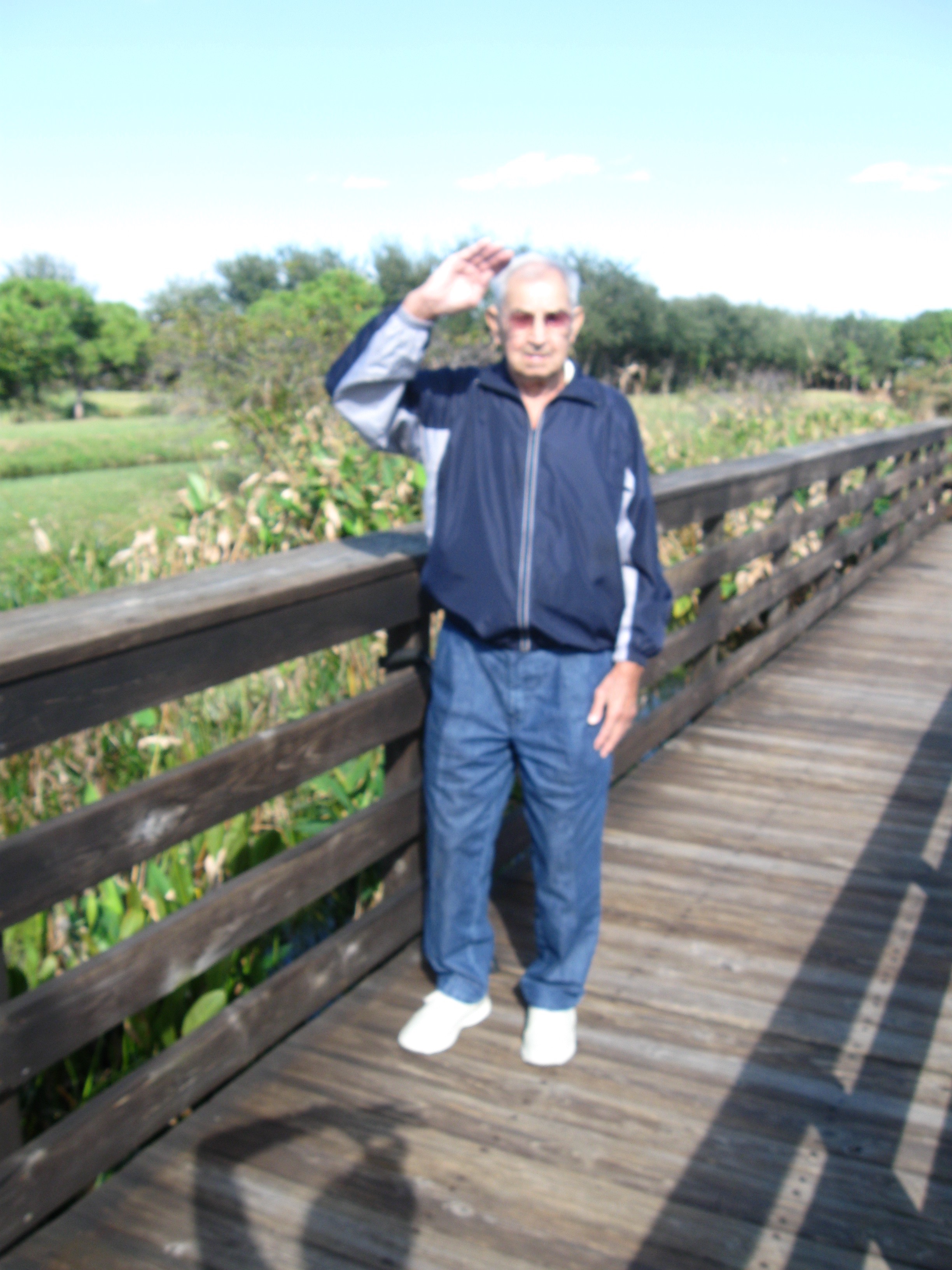 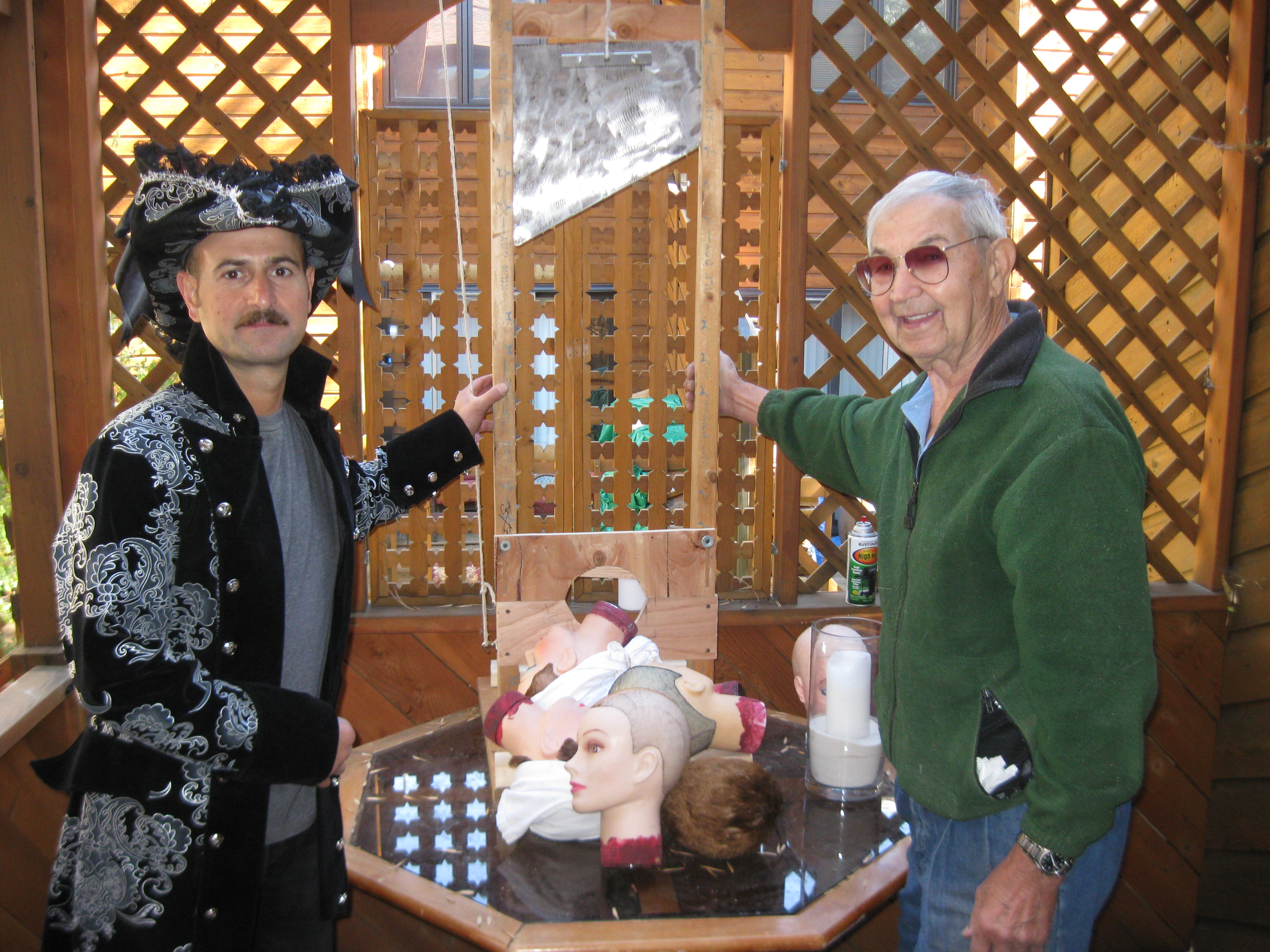 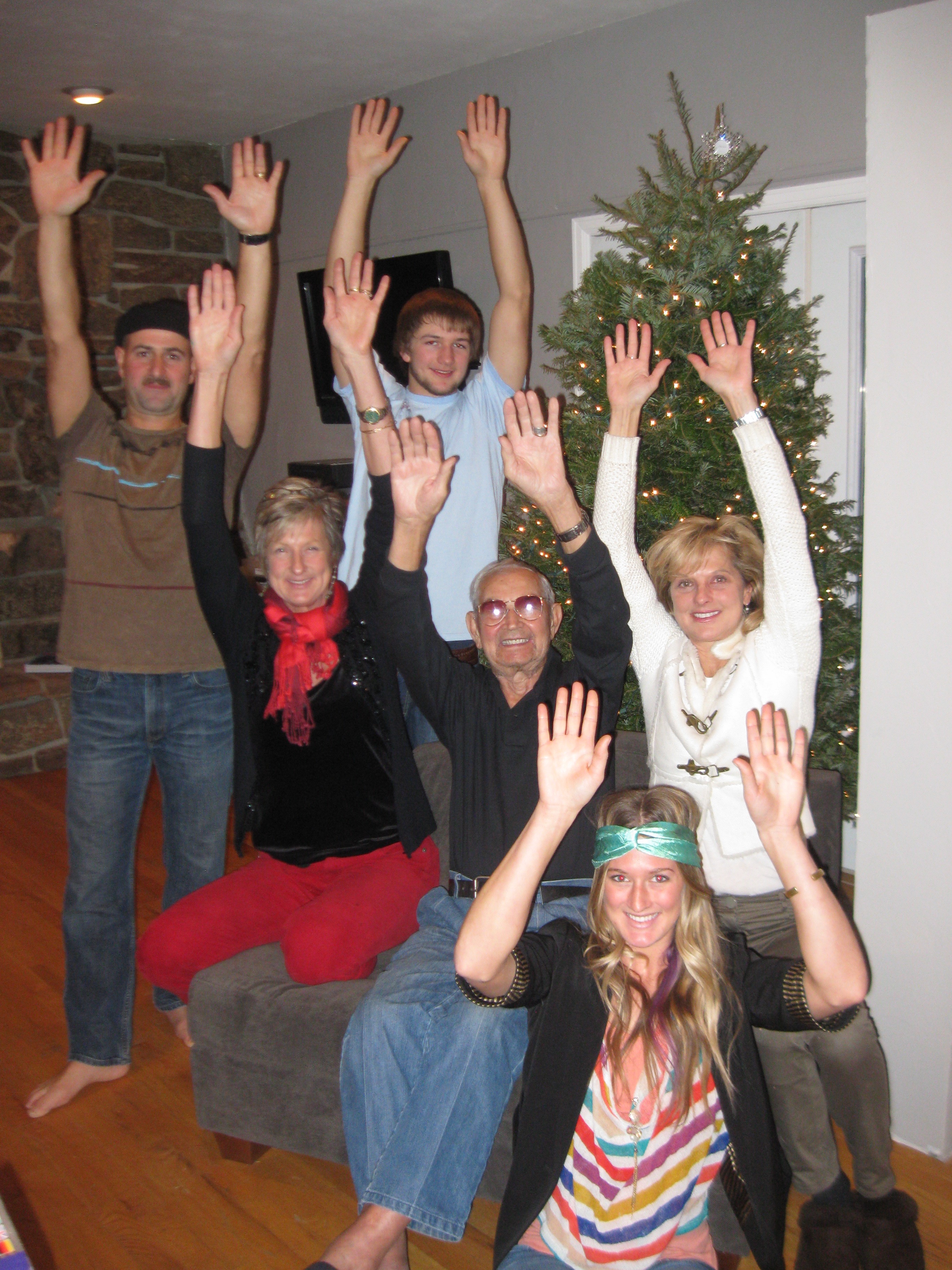 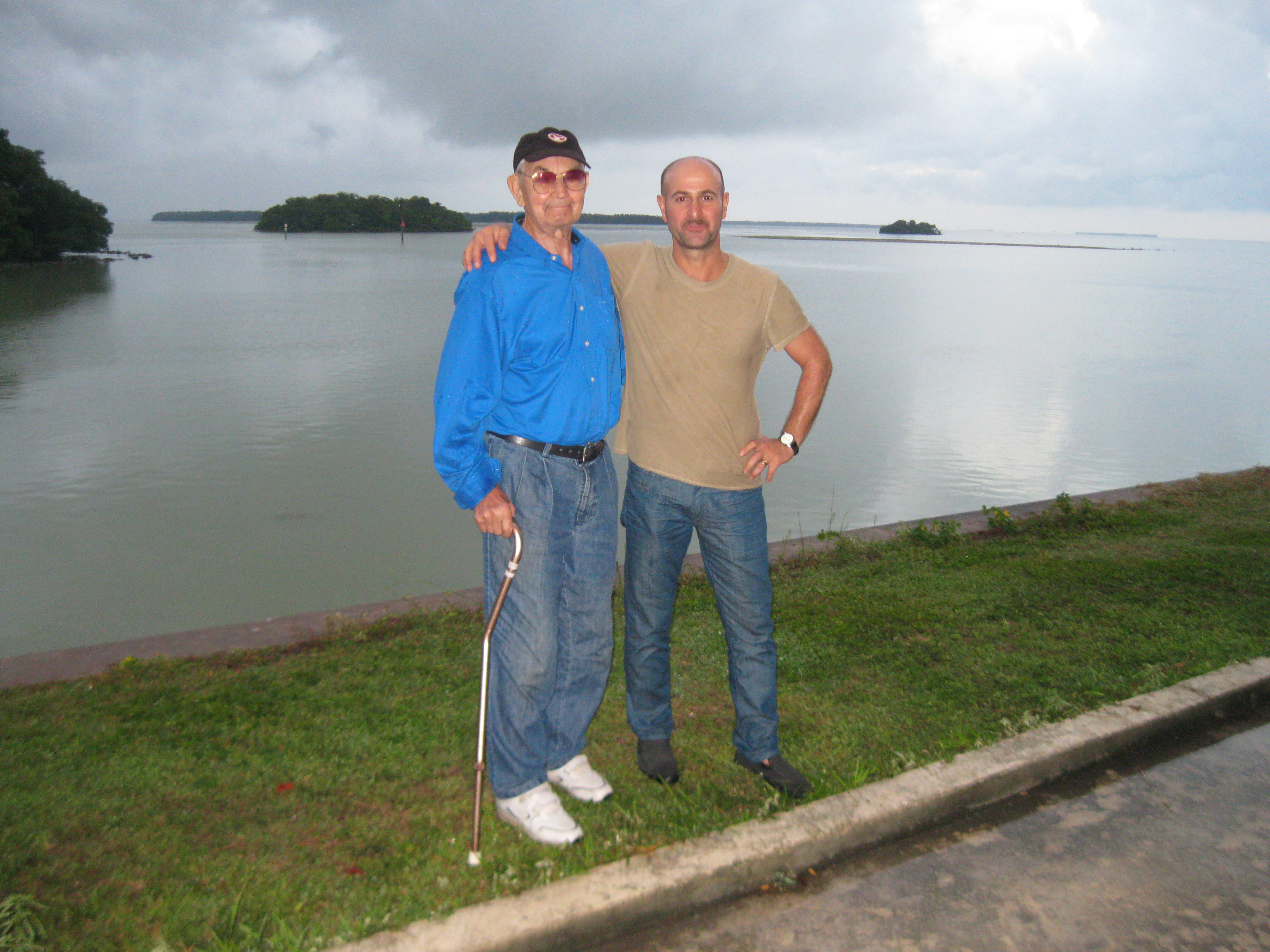 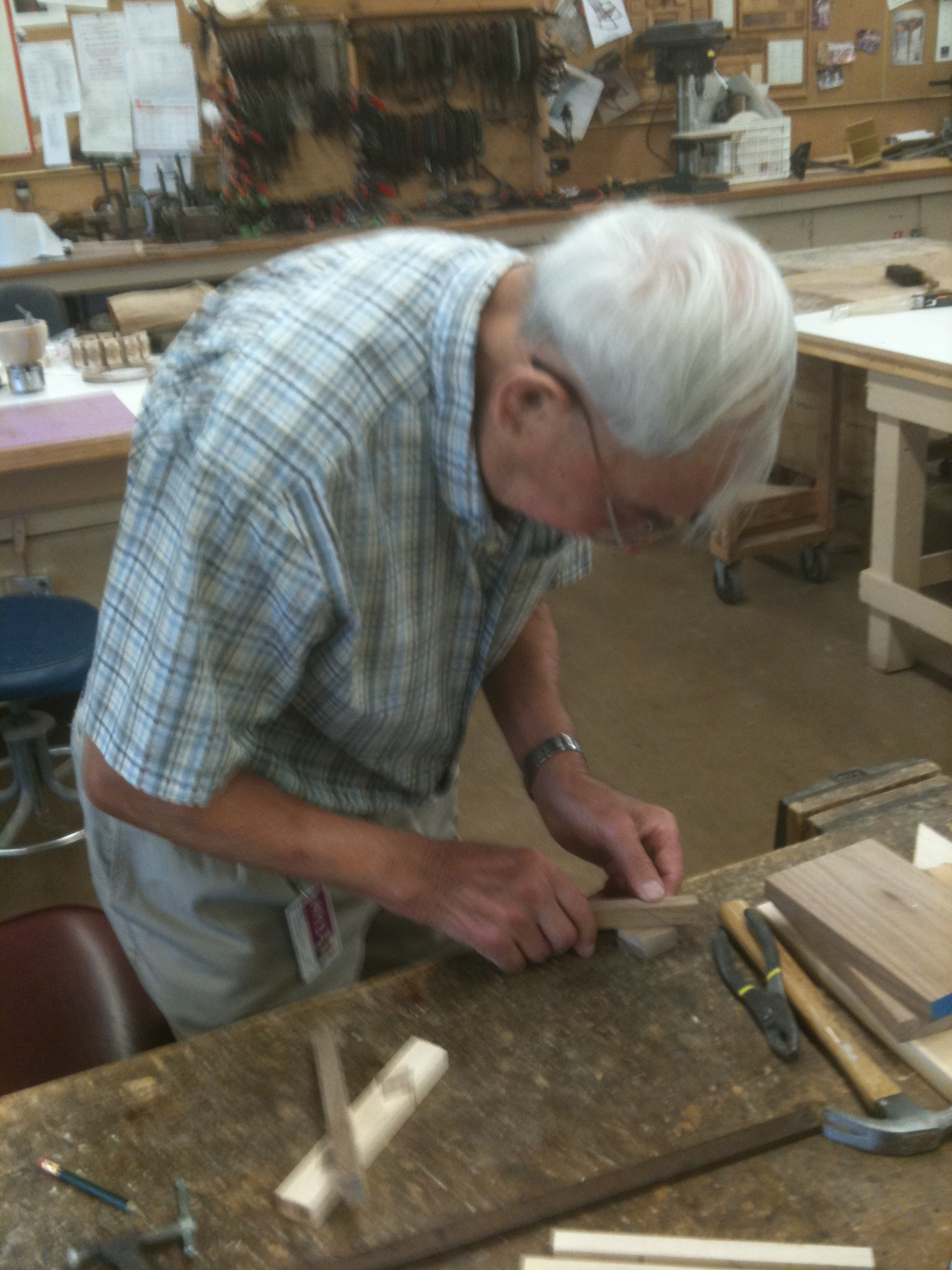 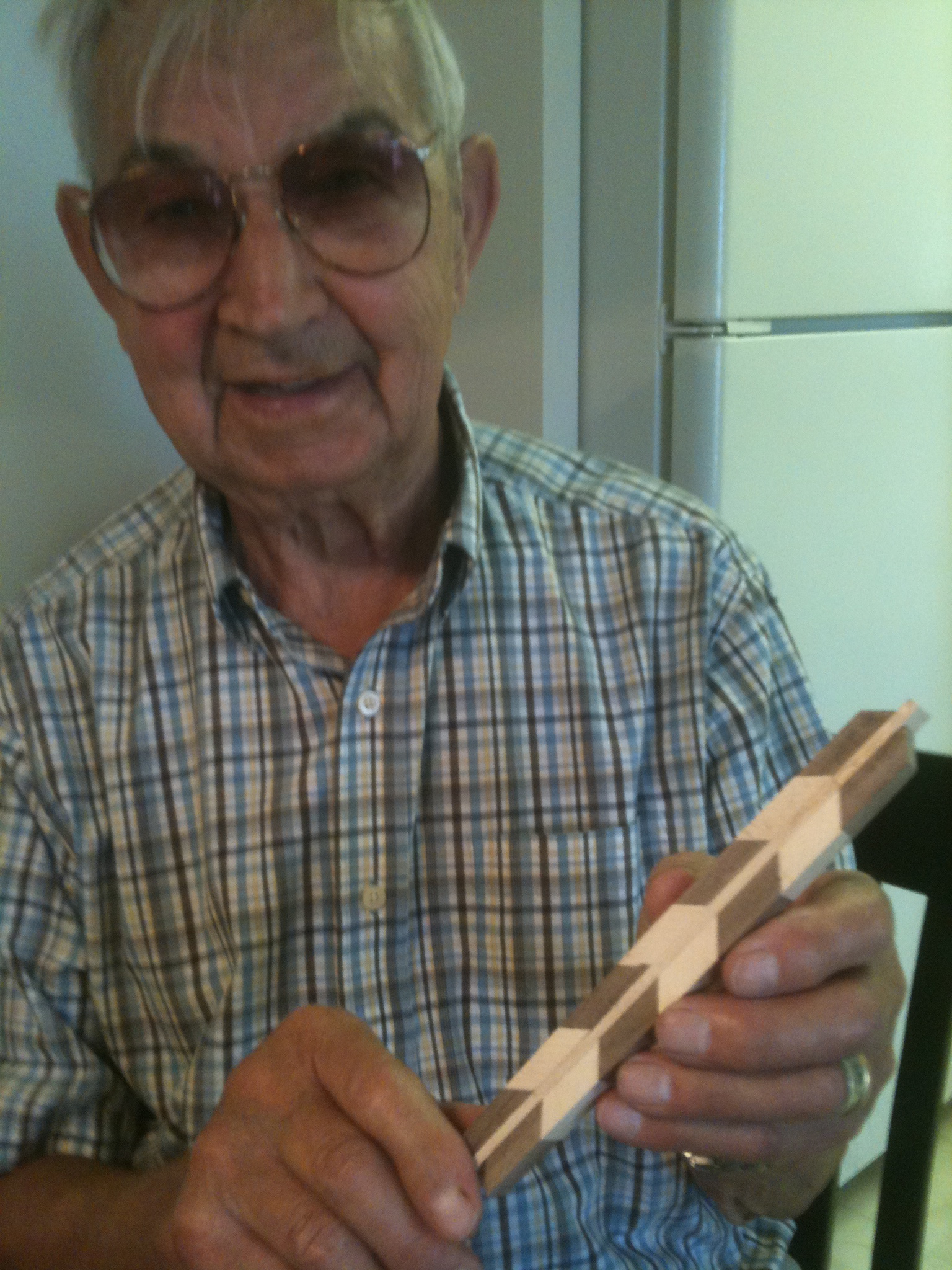 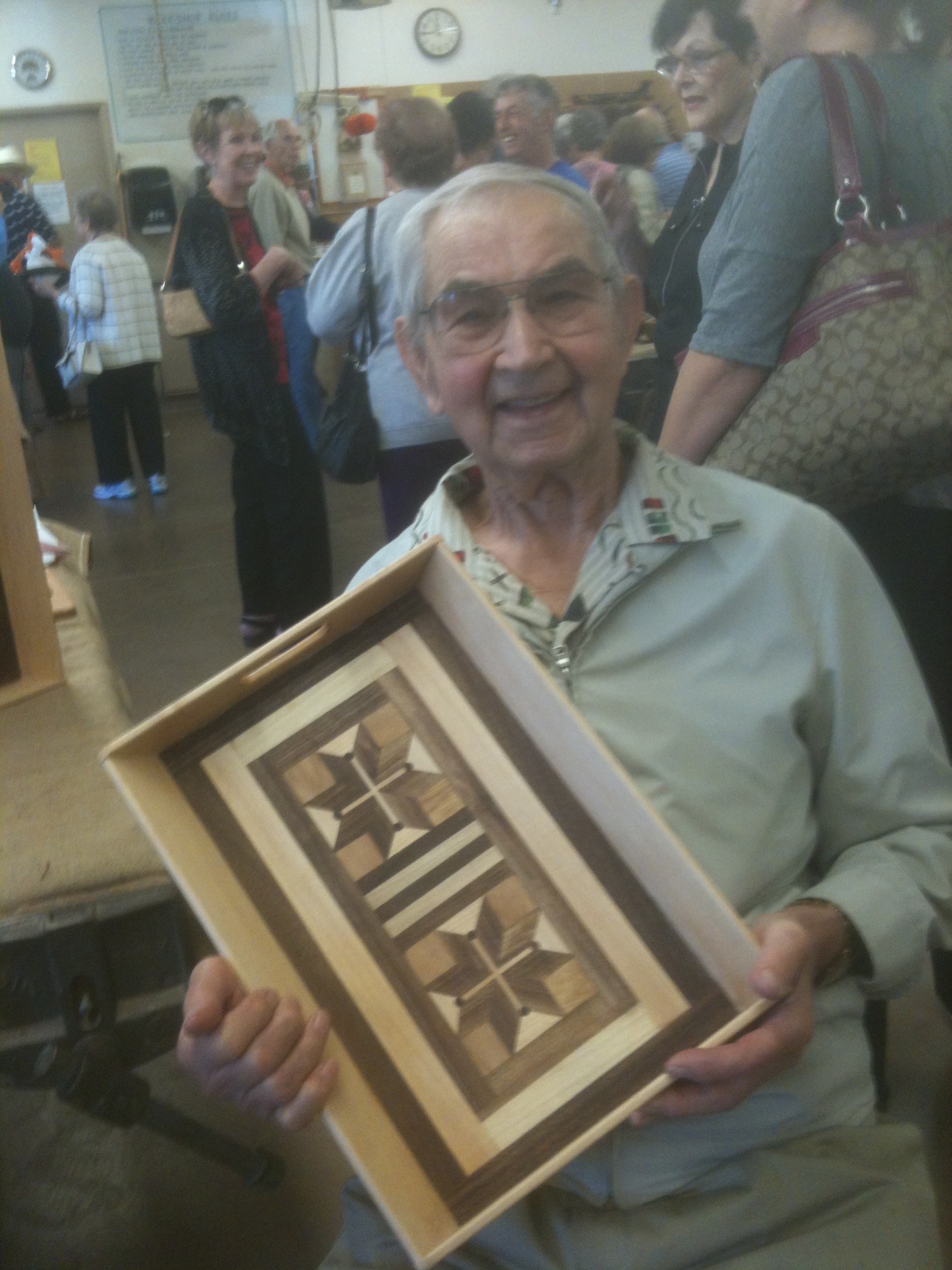